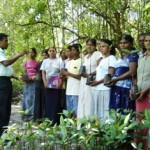 Since we’ve been updating the website, we have a backlog of new partners for you to see.  Take a look at: the Centro de Visitantes de Napo, Ecuador;  el Centro de Estudios de Humedales, Chile;  el Centro Nomades, Argentina;  the CoGeZoH at the ‘W’ National park in Mali (named after the shape of the river);  the Amigos de las Salinas Interiores, España;  Birds and People, Russia; and the  Nagenahiru Centre for Environmental Education,  Sri Lanka. 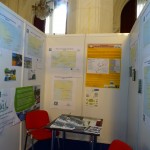 The Ramsar Conference, COP11, was held in Romania, 6th to the 13th of July, during which we took the opportunity to meet with colleagues from across the globe, as well as hold a side event on flyways and wetland centre synergies.  The event included presentations from the EAAFP (East Asia Australasia Flyway Partnership), the Migratory Birds for People including West Africa, WHSRN and the Linking Communities initiative from the Americas, and WLI Oceania.  This will lead to better coordination between flyway initiatives and the WLI network. 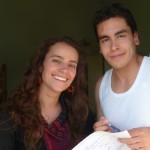 Two colleagues from Chile spent a month at WWT’s Slimbridge Centre, helping the WLI coordinator, Chris Rostron, with task such as translating documents and the WLI website, contacting WLI Neotropics members, and planning for a WLI Neotropics conference to be held late next year near Santiago de Chile.  Adriana and Felipe (pictured) made the most of their time here, improving their language skills and getting to know WWT’s work, and we hope to repeat the exchange next year.

The WLI website has had a face lift, still at the same address of www.wli.org.uk, and we are tidying it up now.  Much of it is available in Spanish, and French will be next, followed by some Russian and Chinese.  We would welcome comments on the site, so please drop us a line at wli@wwt.org.uk with your ideas.