Khakassia is under threat from wildfire 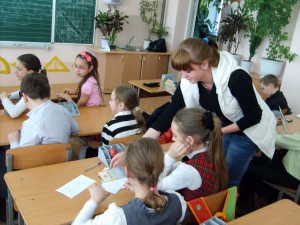 Wildfires are most likely to happen in spring when snow covering the ground melts away, and fall when leaves turn yellow and dry up. Usually man is guilty: farmers use fire to clear the stubble, cattle-breeders encourage the grass to grow faster on pastures and hayfields. There is a false assumption that wildfire is a good way to warm up the ground and fertilize it with ash, which in total contributes to grass growing faster. But this is wrong: they not only fall into error themselves, but they lead others into error as well. Deliberate fire setting is a crime against our fragile nature.

Is it right to think that the faster old grass gets burnt the sooner new grass starts to appear? What else should be sacrificed for the sake of new grass? Hundreds of kilometers of grass are burnt annually because of spring and fall wildfires: for example in 2012 when about 1 million square meters were burnt in the territory of republic of Khakassia. The fire front covered about 500 kilometers, which equals to the distance from Abakan to Kyzyl. 954 units of fire-fighting equipment were used, 3289 people engaged, and about half a million rubles spent on fuel and lubricants.

Because of deliberate wildfires species composition grows poorer each year: only the most hardy plants can survive such conditions, many of which are undesirable weeds. A lot of insects and other invertebrates that take part in soil formation die out in wildfires as well. Since birds feed on insects, wildfires can also lead to bird starvation. Last year’s grass is not garbage; it is one of the main elements keeping the ecological balance, the basis for new soil formation, and an animal shelter created by nature. Together with grass the bird nests and habitats are destroyed. Since birds lay eggs in April — the time of wildfires in Russia — they have to leave their habitats and move to other places. 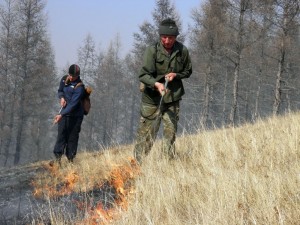 During wildfires not only is grass burnt, but also about one centimeter of soil. In a dry climate of Khakassia it takes from seven to twelve years to generate the same amount of fertile soil. Therefore about ten years of steppe life can be burnt down in one day. Sometimes settlements and infrastructural assets, such as power transmission towers, transformer substations and so on, can be burnt by a wildfire. An uncontrollable wildfire is the cause of many large-scale fires in towns and villages: on May 3rd, 2007, as many as 18 houses with 30 families at four villages of Altai region were burnt down. In summer 2012 dry thunderstorms with no precipitation caused the outbreak of wildfires on the territory of Siberia and Far East, and the smoke produced spread out on cities and posed a threat of setting villages on fire.

There are many other examples of dire consequences of such natural disaster as wildfire. It should be pointed out, that in most cases man is responsible for it: a huge wildfire can be caused by a lit cigarette end or a fragment of glass. Each spring the Khakassky reserve runs a campaign under the title “Say No to Wildfires”. This year it will be the eighth time the campaign is held. The main aim is to draw people’s attention to the problem of wildfires on protected by the reserve territories and adjoining areas and to tell people about the damage brought by wildfires to flora and fauna of the republic. This year’s campaign slogan is “Let us Save the Reserve from Wildfires.” 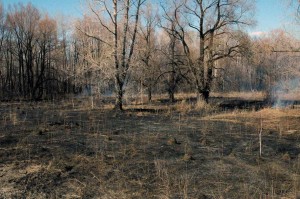 The campaign includes lectures at schools and teacher-parent meetings, where children and their parents get acquainted with firefighting measures. Also meetings with EMERCOM officers are organized, and various publicity materials are distributed within the framework of the campaign. More than 4,500 people took part in the campaign in 2012-2013. It is notable that every year different organizations give their assistance: this year the arrangement has been made between the reserve and the Fire Prevention and Analysis Department of republic of Khakassia. Under the terms of the agreement there will be held different events, such as discussions, promotional events, meetings with locals, which all are intended to lower the number of wildfires.

Fire prevention is the most effective way of fighting wildfires. It demands cooperative work of many organizations: municipal authorities, agricultural organizations, forest services, and so forth. It also demands citizens to be careful and cautious when dealing with nature. All of this leads to this conclusion: people should refrain from burning the dry grass in spring and fall for the sake of nature.